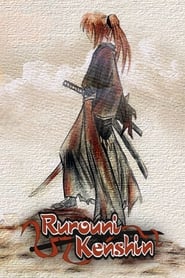 IMDb: 8.3 1996 75032 views
The Meiji Era was one of great renewal for Japan, where swords and killing were outlawed. However, many survivors from the time of Revolution still live, lurking in the shadows and waiting for a chance to use their killing blades again. Only Kenshin Himura, formerly one of the most brutal of killers, hopes to keep his swordsman's honor and still ...