It has been four months since Celestial Being’s first intervention and the Gundam Meisters have been involved in over sixty intervention operations. As the world begins to change around them, the crew aboard the Ptolemy and the Gundam Meisters have some time to themselves. Lockon and Felt’s relationship is further explored which reveals that Celestial Being and the Gundam Meisters have a far older history than it was originally thought. In Azadistan, a United Nations delegation was led by Alejandro Corner, who was using his UN envoy status to meet with Marina and other Azadistani officials. The HRL releases a web of comm detection devices to find the Gundams in space, catching the crew of the Ptolemy off guard. Ill-prepared for this attack, the Gundams and the crew of the Ptolemy launch an offensive. Sumeragi Lee Noriega goes up against Colonel Sergei Smirnov accompanied by Soma Peries in her Tieren Taozi and a battle ensues around the Solar Satellites System. 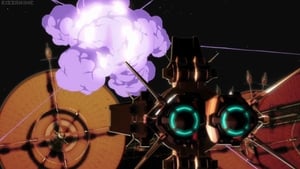 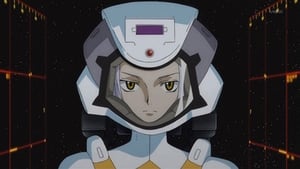